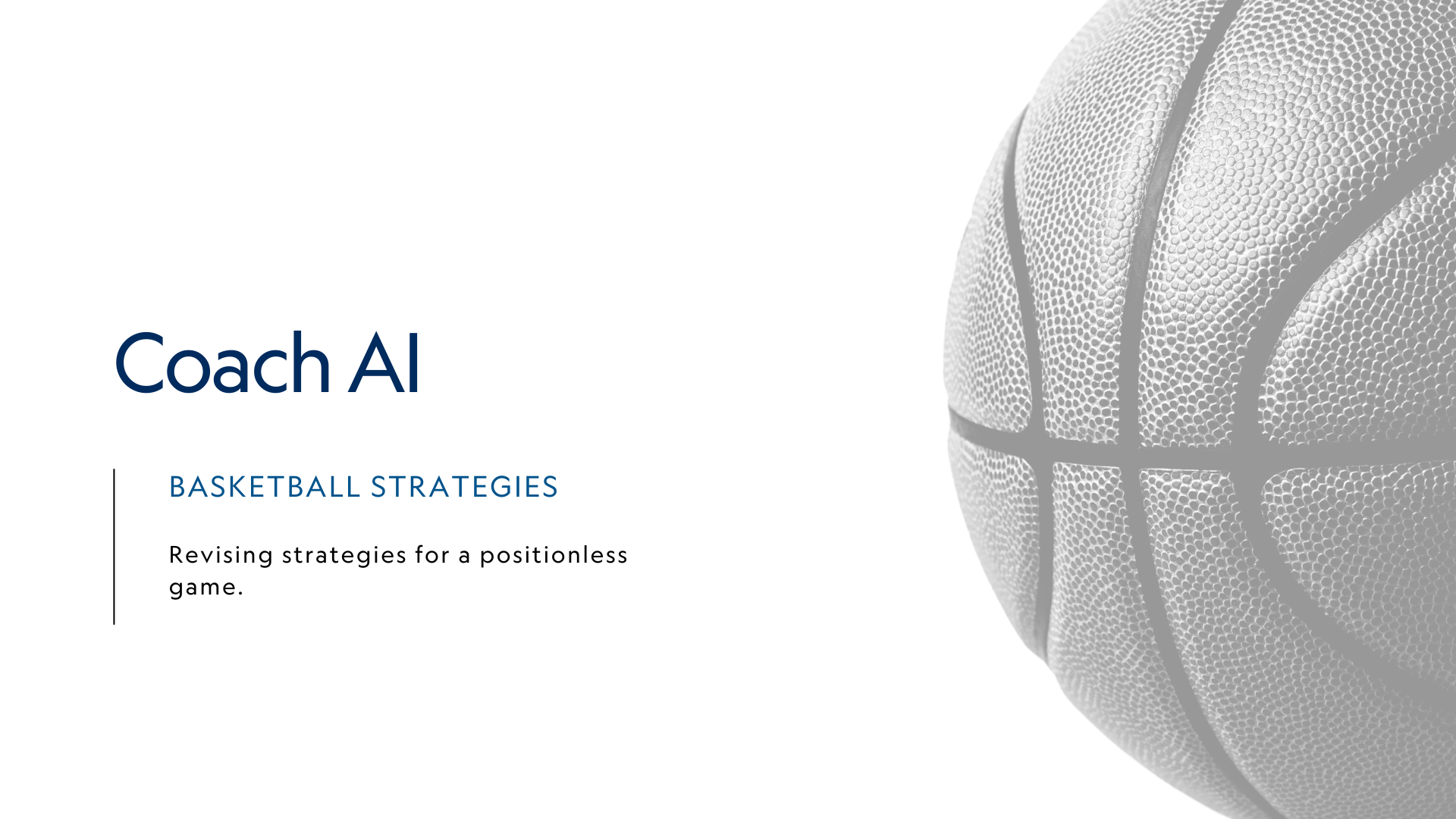 My first task is to use unsupervised models to recluster players based on their current style of play, rather than their traditionally defined positions.

I then begin to explore whether or not coaching strategies are optimal by building using reinforcement learning and building a simplified basketball environment for AI agents to discover strategies.

In order to do so I will focus on a halfcourt game, 2 versus 2, and use probabilities to determine the success of an action. For example, whether or not a player makes a shot attempt will be determined by sampling from that player's shooting percentage distribution.

Originally I had planned to use DBSCAN to let the algorithm determine the new number of "positions" of player types. However, all the players were being clustered together. I then chose to use KMeans with 5 clusters, one per person on the court for each team: 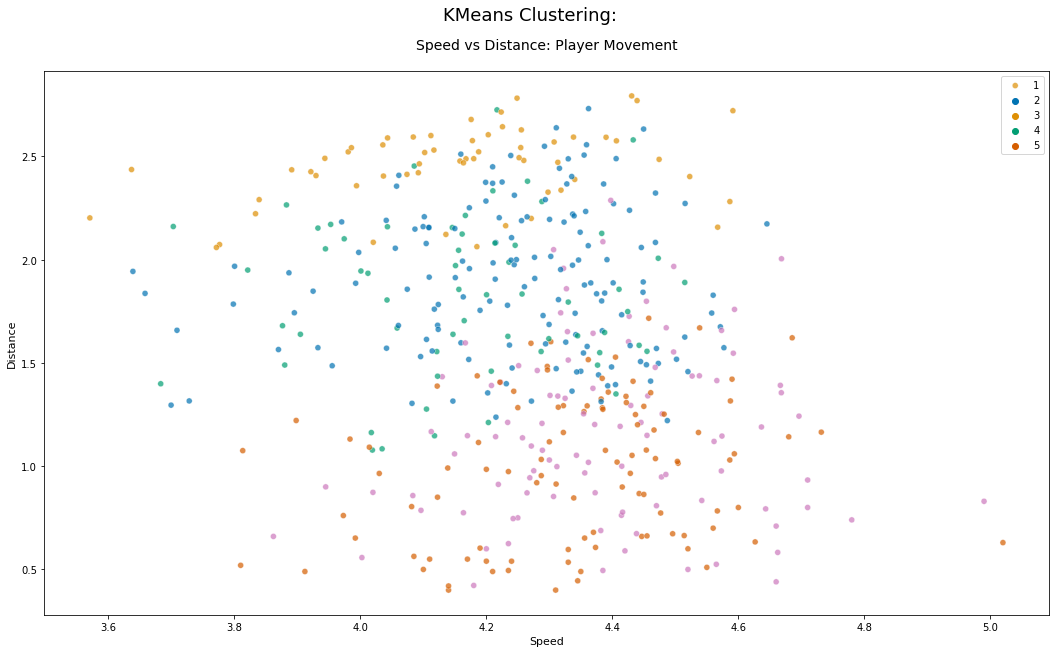 Examples of players in cluster 3 include: R.J. Hampton, Issac Bonga, and Quinn Cook.

Examples of players in cluster 2 include: Zion Williamson, Domantas Sabonis, and DeAndre Jordan.

Examples of players in cluster 1 include: De'Aaron Fox, LeBron James, and Chris Paul.

I focused on two up and coming teams and their young star players, Julius Randle and JR Barrett from the New York Knicks and Luka Doncic and Kristaps Porzingis from the Dallas Mavericks.

In the Player class I brought in the shot distributions and created attributes such as whether or not a player has the ball or is defended.

I also created the Environment class that established the court and the rules, actions that an agent can take, and rewards for the actions.

I ran agents that took random actions in order to establish that the model was functioning and to test to see that the environment and its rules weren't too easy or too difficult to solve.

After establishing the random agent model as the baseline I then ran a Q-Learning model for the agents to learn the best policy. After running 250,000 trials the following shot chart was produced from the q-table. 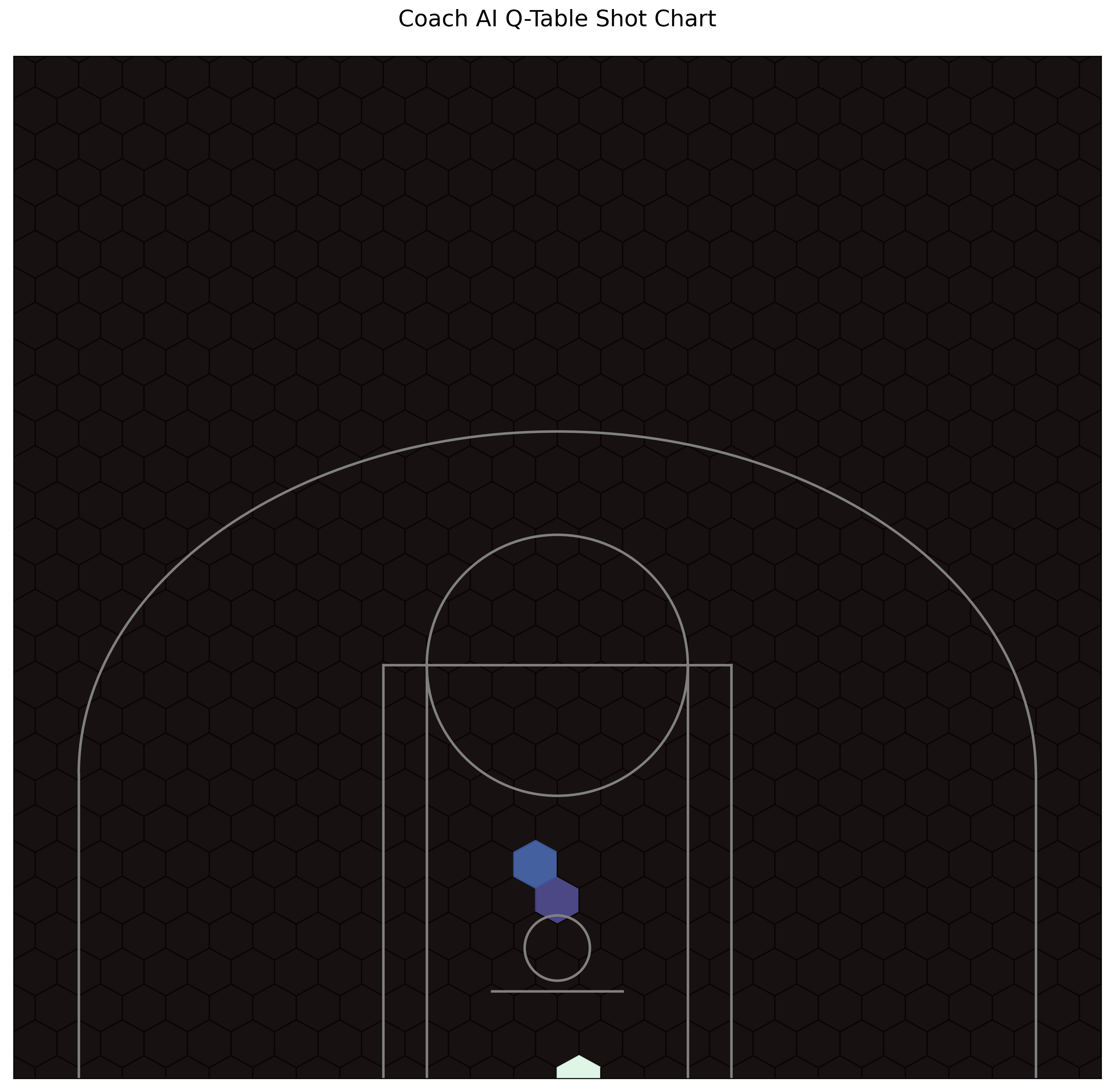 If you would like to learn more about my process and see the full project and code please visit the following Github link.

I clustered NBA players into new categories and used Q-Learning to create agents that would learn to play a probability based game of basketball.

I classified posts from Reddit in order to place people into an appropriate investing strategy based on which subreddit their risk profile statement most fits.

I used the Ames, IA housing dataset as a case study to determine what factors an architect or designer could focus on in order to provide the most return for the homeowner.